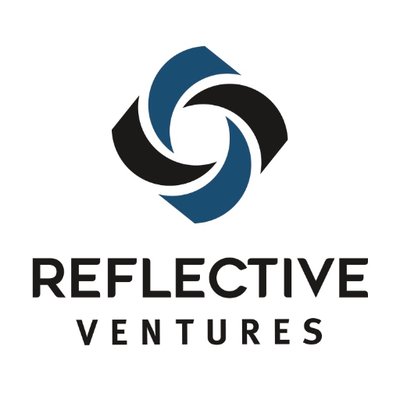 It has been an eventful July for Reflective Ventures and we look forward to carrying this momentum into August!

Following the closing of June with a partnership agreement with WMVAI (We Magnify Voice for Attention and Influence), we have continued to expand our list of portfolio companies.

It’s been five months since our public announcement as an RChain funded Blockchain technology venture and our team has continued efforts to successfully partner with 22 portfolio companies to date that will be adding innovation and diversity to the RChain platform. Each respective partnership has been with leading visionaries in their respective fields and we’re excited to grow and incubate them to have substantial impacts on the future of Blockchain and the industries they’re attempting to revolutionize.

In the month of July, we have taken on five amazing companies that have created new avenues via Blockchain that has never existed before. Below, we have listed these partnerships and links to their pages to discover more about their team and the great work they are doing.

Hellofriend has designed a social networking platform built on the blockchain framework, which focuses on reducing the economic burden of hosting daily social activities.

Translo has created a powerful platform for sharing biomedical data in a decentralized, secure, efficient, and permissioned manner that harnesses the power of Blockchain.

Inkrypt is a decentralized and anonymized content hosting and distributed protocol on a Blockchain marketplace.

Myshare is a platform designed around the recent eruption of micro-influencers within today’s marketing strategies to improve verifiable working media and the efficiency micro-transactions.

Tesloop is leveraging new technology such as computerization of vehicles such as the Tesla,  to create a much better system for regional mass transit.

To cap off July, our first ever Seattle Day Day took place! With a turnout of over 140 participants, the event proved Seattle has a dedicated community for Blockchain to grow as a hub. Start-ups, teams from acclaimed Universities, entrepreneurs, venture funds and local media made an appearance at the event.

The prize of $50,000 in RHOC was awarded to the most innovative presenter at the event, RumbleMonkey, the first ever Deal Day winner! Of the six appealing presenting companies, RumbleMonkey proved its achievements in leveraging Blockchain to become the first fully automated eSport money match website. Their platform allows users to efficiently compete against one another, troll free, in a variety of sponsored games. In doing so, participants can immediately deposit and withdraw options for members who win matches or simply want to turn their winnings into cash. This matchplay concept proves that blockchain can successfully be applied and implemented in any industry sector that allows for a more secure, fast, and reliable platform without the use of a 3rd party.

The Reflective team is excited for August and will have more updates to share in the next coming months! Keep up to date with all of our latest news and future events here.